If you need a more accessible version of this website, click this button on the right.Switch to Accessible Site

Dr. Szpiro is a Participating Provider with the Beth Israel Lahey Physicians Organization

We are featured as one of the 5 Best Podiatrists in Boston, MA 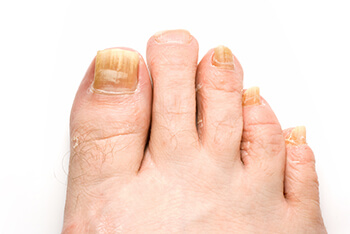 Fungal toenails form due to an infection that gets in between either the cracks in the nail or possible cuts on the surrounding skin. When this occurs, it’s likely to discolor and thicken the nail; this makes it hard to care for or trim. The nail itself may also become brittle and could potentially crumble. The fungus under the nail may build over time, separating the nail from the bed and ultimately causing it to fall off if not treated properly.

For a proper diagnosis and advised treatment plan, it’s recommended that you consult with a podiatrist as soon as possible for professional care and to prevent the infection from spreading. 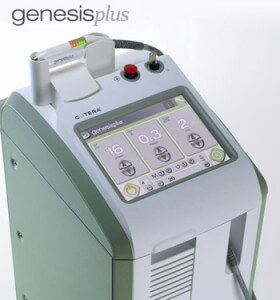 Dr. Szpiro and Dr. Manchanda are experts in the treatment of toenail fungus through the use of laser therapy. Dr. Szpiro has also lectured extensively on laser treatment at the APMA Annual Scientific Meeting.

Toenail fungus, medically known as onychomycosis, is a very common infection of the nail.  Initially, toenail fungus may present as white spots on the nail or black spots beneath the nail.  Ridges will typically start to form, and the nail will seem rougher to the touch.  As the infection progresses, the nail may thicken and become brittle, discolored, or misshapen.  The growing fungus separates the layers of keratin in the toenail, which leads to the characteristic distorted look.

Toenail fungus is notoriously difficult to cure with over-the-counter medicines. From foot soaks to ointments, the efficacy of such treatments is extremely varied.  Our practice, however, offers the Cutera Laser Genesis, advanced laser technology available to clear toenail fungus and a variety of other skin conditions through the Cutera Laser Genesis procedure.  Treatment itself involves the delivery of pulsed laser energy to the targeted area of the nail and/or skin, where it passes through and is absorbed to reach the fungus.  Cutera Laser Genesis is safe, comfortable, and effective.

Laser toenail fungus treatments are now used all over the world and can be performed in-office.  The number of treatments required to cure the fungal infection varies by patient.  If you are interested in Cutera Laser Genesis, contact our office today!